Lead Levels In Lipstick Much Higher Than Previously Thought

recent study conducted by the U.S Food And Drug Administration (FDA) reveals that over 400 popular lipstick brands contain twice as much lead as previously believed - up to 7.19 parts per million (ppm).


"Lead builds up in the body over time and lead-containing lipstick applied several times a day, every day, can add up to significant exposure levels."

Maybelline Color Sensation, by L'Oreal USA, was found to have the most lead of all the brands that the FDA tested, with 275 times more than the brand with the lowest amount of lead - Wet & Wild Mega Mixers Lip Balm. The Wet & Wild lip balm happened to be the least expensive, which shows that a high-priced lipstick does not mean it is safe. 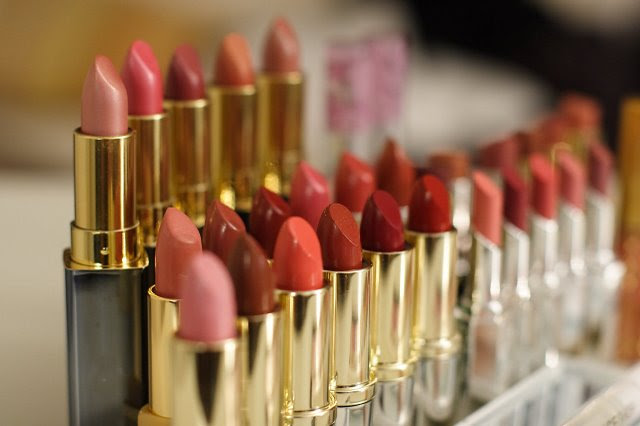 An alarming number of lipsticks have been found to have double the amount of lead than experts thought.


"Lead is a proven neurotoxin that can cause learning, language and behavioral problems. Pregnant women are particularly vulnerable to lead exposure, because lead easily crosses the placenta and enters the fetal brain where it can interfere with normal development."

The Campaign for Safe Cosmetics sent a letter to the FDA requesting they they change the "misleading statements" on the FDA website in terms of the safety regulations regarding lipstick, because the FDA has merely reported the levels of lead contained in lipstick, but has not analyzed the actual safety and health consequences of dangerous ingredients in the popular makeup.

Currently, the FDA website claims there is not a safety concern in the amount of lead found in lipstick. Their website says:


"We have assessed the potential for harm to consumers from use of lipstick containing lead at the levels found in both rounds of testing. Lipstick, as a product intended for topical use with limited absorption, is ingested only in very small quantities. We do not consider the lead levels we found in the lipsticks to be a safety concern. The lead levels we found are within the limits recommended by other public health authorities for lead in cosmetics, including lipstick."

The U.S Centers for Disease Control and Prevention issued an announcement in January stating no amount of lead is a safe one, and they urge people to be diligent in stopping women who are pregnant and children from being exposed to it.

Janet Nudelman, interim director of the Campaign for Safe Cosmetics and policy director at the Breast Cancer fund says:


How many millions of women have applied and reapplied lead-containing lipsticks since we first raised concerns about this problem five years ago? How many kids have played with their mom's lipstick? It's time for L'Oreal to get the lead out of its products, and for the FDA to set a safety standard for lead in lipstick."

The FDA is now working on determining if it is necessary to make a maximum limit for lead to be allowed in lipstick, and the Campaign for Safe Cosmetics is pushing them to do so, saying the smartest thing to do would be to limit the lead amount to the smallest amount possible that the companies can accomplish. They are also telling L'Oreal is it time to take action in regards to changing their products containing lead. John Kerry and Dianne Feinstein, U.S Senators, have also taken an interest in this matter and are hoping the FDA will take a stand in reducing the amount of lead in lipstick.

If you require assistance with setting up a diet and exercise program, please contact me at workoutsolutionscoach@gmail.com

Posted by Workout Solutions Health and Fitness Consultants at 8:52 AM

And, most of the 11 lipsticks that do not contain lead are made by companies that DO NOT test on animals. Hmmmm..... makes you question, what is all this animal testing about anyway!? We all have to make an effort to use products that are not tested on animals.